‘Although I understand you might be attached to Charlie, under the law your dog is considered the same as a piece of furniture.’ Terrible. I backspace everything to a blank page, then look out the window, frustrated the words for my last counsel refuse to come the right way.

I coffeed my night away to finish this piece. It still needs a few changes but, dog’s hiccup aside, it’s almost done. My gaze falls on a still sealed envelope that is showing among the notes. I lean out to take it and snort as I read the handwritten name, not for the first time. Only my ex-husband can keep writing missives in the Whatsapp era. Last time I dared to check he was working at a shipyard in New Zealand, under an incandescent sun, while here an unwelcoming stalactite was adorning my kitchen window. I put it back where it was, still unopen, then reach for the steaming coffee mug on my desk – the sixth? I lost count – and between small sips I stare at the laptop screen while trying the umpteenth rewording in my head. My fingers are already finding their place on the keyboard, resolute, when my eyes catch something small falling before me. One flake, then another. My eyes follow the snowflakes as they become thicker, dry enough to dot the ground. Their view is hypnotizing and in the early morning’s quiet you can almost hear their fall. It’s the first snow of the year. My lips curl in a melancholic smile, but at the same time I’m beset by an odd, yet familiar anxiety.

My gaze shifts back to the keyboard first, then to the cursor flashing rhythmically on the screen, it takes a few moments before I regain enough concentration to remember where I left my sentence. Charlie. Right. All the frustration for the uncompleted assignment builds up, intensified by the last dose of coffee, as I start to type furiously, ‘Neither of you two idiots deserve the poor dog, no matter what the damn Ohio law states. Sincerely, Leslie Stewart,’ then quickly backspace everything. I could be in New Zealand right now, or God only knows where else. Instead, my stubbornness will probably ground me here for the rest of my days.

I close my laptop with a resigned exhale. Maybe a short nap will help my tired mind come up with an insult that doesn’t sound like an insult. The snow is cascading now, and the little greenery still left will be mantled very soon. I stand up and walk to the window, then rest my forehead against the fogged glass to peep outside and get a glimpse of the porch. The wind, as mild as it may be, has decided to blow toward my home, making me wonder if I’ll even be able to leave to get to the journal today. The creaking of the porch’s wood echoes distinctly in my head, together with the thrilled shriek and frisky cavorting of my daughter.

“You would love it,” I whisper to Gemma. Unlike me, she adored winter, she adored the snow and all the frolics that came with it. Her love for that gelid barricade never failed to amuse me, especially given her half-Dominican blood. She was only eleven when, the irony of life, a layer of iced snow caused the car accident that took her away. The reminiscence is still intense. I should have listened to Damian, we should have followed him while we still had that chance.

It’s been seven years, the darkest seven years of my life, though it feels like she never left me. And truth be told, she never really did…

It’s the kind of thing you don’t go around telling anyone, even more so when it’s something you can’t quite understand yourself, but the fact is that sometimes, during the snowy days of winter, she comes back home to see me. One might say it’s a dream, a figment of my imagination, or the side-effect of way too much caffeine in my system playing tricks on my sanity. One would probably say that I’m still grieving. Maybe it’s a little of all of them, maybe it’s not. All I know is that it feels… real.
A yawn escapes my mouth, sign that my body ran out of coffee. Just a nap, Leslie, just a nap. The monotonous fall of the snowflakes has an entrancing effect, making my lids heavy with the eight hours of sleep I didn’t get. Just a nap, I repeat to myself as I climb the stairs to my bedroom.

The sound of something hitting the window, repeatedly, intrudes my sleep. There’s a snowball battle underway somewhere, I presume, as I cocoon myself deep under the red checkered duvet, while muttering to the kids playing down the street. Five more minutes of sleep, that’s all I’m asking.

I peep out the covers with one eye still closed, blinking as I try to focus the alarm clock. It’s barely eight o’clock, which means I haven’t even slept a full hour. Resigned to my torture, I sit up and squint my sleep away. A snowball hits smack in the middle of the window, leaving its imprint as it glides down. I walk up to the window and pull the curtains aside to check who’s winning the battle. But as my eyes catch sight of an empty street, my heart suddenly starts drumming off my chest in anxiety. Only when the curtains fall back in their place, hindering my view, do I realize my hands are trembling. I run the whole way down the stairs, afraid that I might lose the moment when I’m not sure there is a moment to lose in the first place. I halt in front of the locked door and inhale deeply. My feet are bare and my jumper is not warm enough to walk out into such a weather, but I take the risk of a pneumonia with no hesitancy.
My fingers bicker with the latch before managing to unlock and open the door.

And there she is. With her chocolate ringlets rebelling beneath the knitted gray hat, her sunny, toothy grin flawed by those two premolars that never grew, Gemma is waving at me from the garden with an impatient, a tad impudent attitude. She reminds me of someone, Damian used to playfully mock me. “Where were you, mum?” she yells at me.
The chill wind should freeze the tears before they reach my cheeks, instead I can taste their saltiness. I step on to the porch, tentatively, until my feet land on the thin cover of intrusive snow. I’m expecting to feel its bite, but much to my surprise, it’s warm in an almost pleasant way. Did it always feel like that? I take a seat on the first step, unconcerned about wetting my clothes, then gesture for Gemma to join me. My eyes memorize every little freckle, her flushed cheeks as she stares at the white blanket in front of us, lost in thought.

“Why do you keep coming back?” I don’t know why I ask, and I fear its answer.

“Because you need me,” Gemma admits candidly.

Do I?
“You’re always angry when it snows.”
Is this the memory my daughter saved of me? The mere thought breaks me. “Snow doesn’t make me angry. It makes me… sad.”

“Then why do you stay?” she casts a confused glance at me.

“Because… you…” Selfishness? That’s the only reason that comes to my mind. I am the one who makes her come back. I’m stuck and I hold her here with me. Gemma’s gaze is focused on me, eager for an answer I don’t have. “You know mom will always love you.” I move my hand to caress her cheek but don’t dare to touch her, or embrace her. I’m petrified that she might disappear.

“You’re weird, mom. You talk like you’re never going to see me again.” Gemma shakes her head, jumps squared feet back in the garden, then turns to face me, a sly glint in her jet eyes. She thinks she can deceive me, but I notice that her hands, hidden behind her back, are rounding a fistful of snow into a ball.

As we engage a battle under the snowfalls, I lose any concept of time. Only as a faint sun reflects against the snow, I realize it stopped snowing. By instinct, I look up at the sky, a dazzling fraction of second. “It stopped snowing,” I tell Gemma, but when I turn around she’s already gone.

Holding back the sudden lump in my throat, I go back inside as the clock strikes eight.

Numbed in my head and in my heart, I sit back like a robot at the desk. The sealed envelope beckons me, so I smile, muster some strength and open it.
A picture of Tallahassee. A page long letter. Does it ever snow down there?

Buy me a coffee?

Unless you're a super-mega-bestselling author, writing and blogging doesn't pay. Some (most) of us do it for mere passion, aka we're penniless. In the mood for charity? Buy me a coffee!

Glossed in translation -We translate books and novels 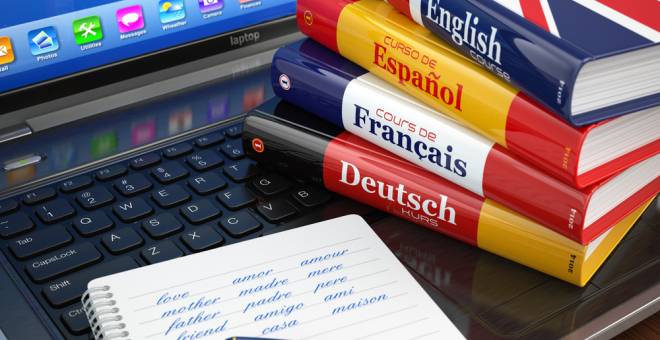 Italian, mum of two, avid reader, book reviewer, sort of a writer. Translator by day, writer and reader by night.

Check out “The Fire Opal” on Amazon